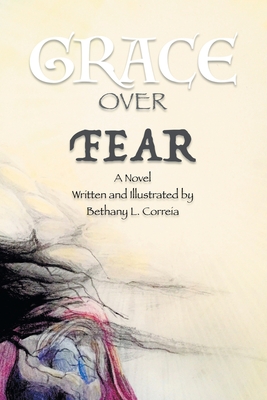 Have you ever found yourself overcome and shaken by fear or anxiety for whatever reason? Maybe it was induced by a trauma of some sort, or maybe it's just a natural disposition.

In this novel that is based on a true story, twelve-year-old Grace finds herself in the middle of a wicked plot of a man. How did she get involved? Surely it wasn't her fault. How is Grace to escape the evil plot of this man?

Deeper still, there is a demonic plot waging war against Grace's soul. A plan that uses Fear as its weapon to torment Grace day and night. Fear that is used to block her from finding Truth.

Grace tries everything she can in her own strength to rid herself from Fear. She is exhausted and wearied.

She tries coming up with her own plans.

She tries moving to another home,

She tries moving out of state.

She tries hushing out Fear's taunts by various means.

Nothing she tries in her own power has worked. Fear was over Grace. He controls her from within. How will Grace overcome Fear? Will she ever be freed?