The Caves of Fire (Paperback) 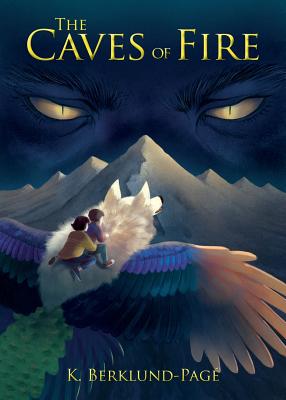 Usually Ships in 1-5 Days
(This book cannot be returned.)

According to legend,
if the sky is blue and clear
but you see a line of white clouds along the horizon,

those aren't really clouds.
They are the
snow-capped mountains of
the Land of Thirsk.

According to legend,
if Javerra's skin were cut,
he would not bleed fire like a normal Rix.
He would bleed scorpions and snakes.

It was an easy legend to believe. But the legend isn't what kept Fee's face glued to the floor. It was Javerra's eyes--round, unblinking yellow eyes that gleamed from cavernous sockets. His gaze drew you in, sucked you dry, and tossed you back to the floor like a dirty rag.

Fee is a spy. Daniel is a nerd. Evie is bossy. Javerra despises Daniel but cannot destroy him unless he comes to Thirsk of his own free will. To what lengths will Javerra go to trick Daniel into coming? Can Fee, Daniel, and Evie become true friends and work together to defeat him?