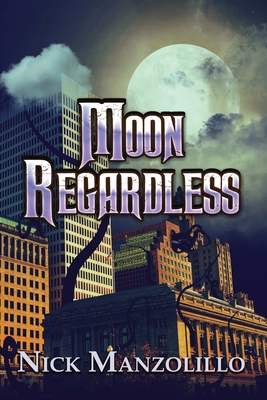 On Our Shelves Now
(This book cannot be returned.)

It's no coincidence when your girlfriend, Tiffany, disappears at the allegedly haunted Miskatonic hotel in downtown Providence, but Hap, a recent college graduate (and videogame playing slacker), is the only one to put that together. As the most immature of amateur detectives, he signs on as the Miskatonic's newest bellhop to investigate her disappearance.

Instead of ghosts, Hap discovers a cult that worships a cosmic entity called the Moon Shack. They run the hotel and half the city. Their order dates back hundreds of years to the dawn of modern civilization. Each and every last member is a murderer.

In Hap's investigation to find Tiffany, he'll cross paths with a lethal vigilante known as The Eye Doctor, a rival cult that worships H.P. Lovecraft's Great Old Ones, and the scrutiny of former friends who think he killed Tiffany himself.

Will Hap lose his humanity before his investigation is over? Worse, will Tiffany have lost hers by the time Hap comes to the rescue?

In a world of serial killers and ancient gods, morality is trivial.